Preview support for this feature is available to accounts on GCP.

Note: This feature is generally available on AWS and Azure.

This topic introduces Java UDFs and provides information to help you decide when to use a Java UDF.

What is a Java UDF?¶

For each row passed to a Java UDF, the UDF returns either a scalar (i.e. single) value or, if defined as a table function, a set of rows.

When a user calls a UDF, the user passes the name of the UDF and the parameters of the UDF to Snowflake. If the UDF is a Java UDF, Snowflake calls the appropriate Java code (called a handler method) in a JAR file. The handler method then returns the output to Snowflake, which passes it back to the client. Below is a simplified illustration of the data flow: 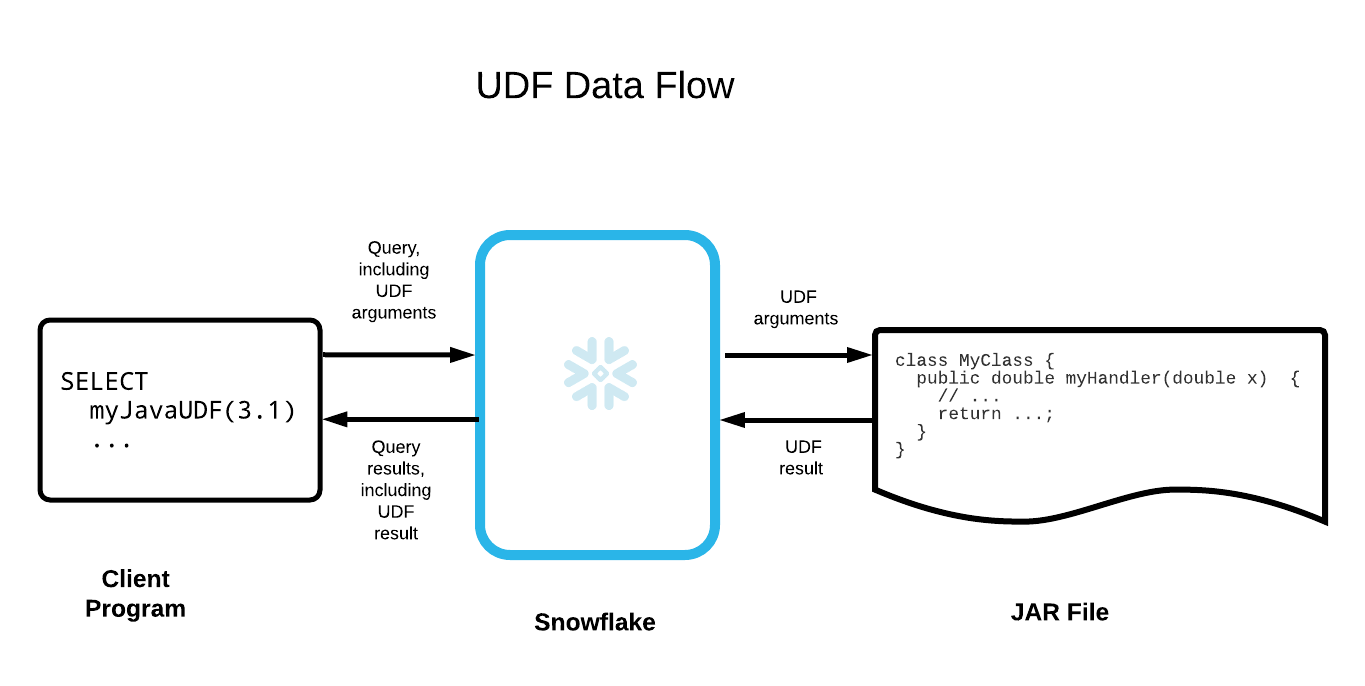 Java UDFs can contain both new code and calls to existing libraries, allowing you both flexibility and code reuse. For example, if you already have data analysis code in Java, then you can probably incorporate that into a Java UDF.

Deciding When to Use a Java UDF¶

This section describes advantages and limitations of Java UDFs.

For information about other potential languages in which to write UDFs, and for comparisons among those languages, see Overview of UDFs.

For information about other ways to extend Snowflake, see:

Java UDFs are particularly appropriate when one or more of the following are true:

A Java UDF can be cloned when the database or schema containing the Java UDF is cloned. To be cloned, the Java UDF must meet the following condition(s):

Each cloned Java UDF has the same definition as the original. That definition includes any references to stages. The stage references in the Java UDF must be fully-qualified, and therefore are absolute, not relative to the schema or database being cloned. Because both the original and the clone point to the same stage(s) and file(s):